Can new technology aid people with memory impairments? This research, done at Wesleyan and the Olin Neuropsychiatry Research Center in Hartford, uses a memory camera, called SenseCam, with unimpaired people and individuals diagnosed with mild cognitive impairment or mild to moderate Alzheimer’s disease. Our goal is to understand how the camera aids memory, while improving everyday cognitive functioning in people, especially those with memory problems.

Media coverage of this research in The Hartford Courant (April 8, 2013).

Memory is a valuable evolutionary adaptation that enables us to remember the past – well enough to survive as a species – but its real power may lie in allowing us to use that information to think about the future. Thinking about new experiences in terms of their future use and survival value can lead to effective long-term retention. We examined this idea in memory for stories.

Since Herman Ebbinghaus first studied memory scientifically in 1885, psychologists have thoroughly examined how many words, pictures, and stories people are able to remember. We tested a man who memorized all 10,565 lines of Milton’s epic poem, Paradise Lost. This work demonstrates the flexibility of our memory and what can be accomplished with enormous dedication and practice.

Computers retain vast amounts of information perfectly and indefinitely; human memory never evolved in this fashion. Our memory is subject to various errors, biases, and distortions that can occur without our awareness – including vivid recollections of past events that never occurred. This research explored the constructive aspect of remembering by examining conditions that can yield false memories about the past. 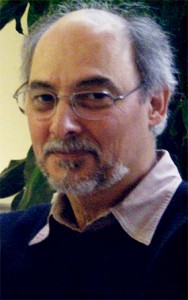